Jason got sick one Friday after watching Gone Girl. I guess he took it seriously. But seriously, since that day he had a hard time talking because he kept coughing. It meant almost sleepless nights (for him, because I’m a deep sleeper), a break for his voice and silent breakfasts and dinners.

He felt bad about losing our quality time. But I told him it was ideal to me, me doing all the talking and him just nodding. :p Of course it was a joke… I must admit that I missed his ideas and inputs 🙂

The following Tuesday, he started to get better. He then asked me if I had plans that morning. I said no because I already did the laundry so I was pretty much available. Jason then invited me to his agenda for that morning – to have his dad’s car fixed, and a coffee date in Antipolo. It was a place he researched online.

After being with a silent Jason for 3 days at home, I was delighted to finally have that time with him. Coffee dates with him meant getting him in the mood to share his thoughts, plans and dreams for us, the business, ministry and it meant connecting with him.

So after having the car fixed, up up we rode to Antipolo and we stopped at Monte Cafe. It was still closed at 10AM surprisingly since they serve coffee. It opens at 11AM by the way which we found a bit late. But since we were seated outside for quite some time, they opened a little before 11AM. 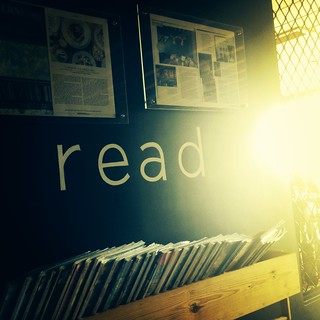 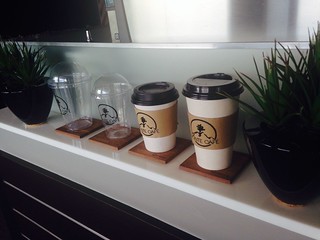 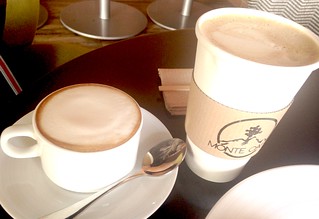 While Jason got Cappuccino (Php85), (which was good too by the way) I got their signature coffee, Charlie Brown Mocha (Php150/160). His didn’t have a disturbing bitter aftertaste – it was a pleasant drink. Mine was a mixture of espresso, milk, dark chocolate, macadamia and hazelnut. It had me at Hazelnut. I liked their coffee because it was rich and smooth as it slid down my throat not leaving any thick feeling when you drink or eat something sweet. 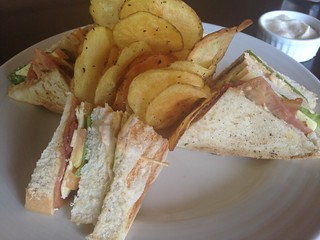 We also had their Monte Clubhouse Sandwich which was loaf, egg, bacon, ham, cheese served with potato chips. It was filling for two! Especially since this was our 2nd breakfast for the day. I liked their potato chips since it wasn’t oily. 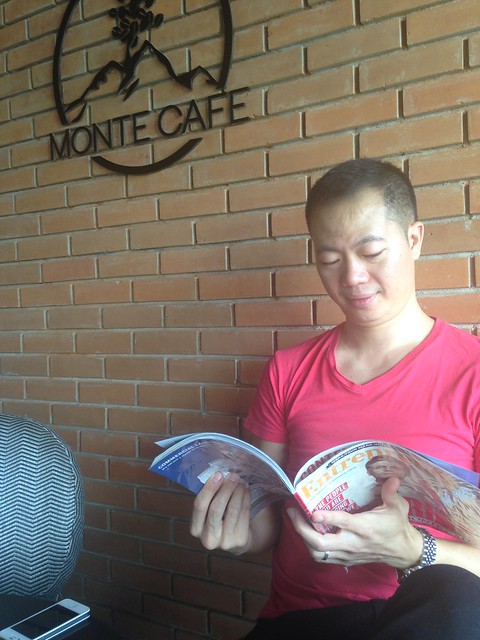 Jason then began telling me about his inspirations for the business or the future ones after reading an Entrepreneur magazine. About his dreams for the both of us. It transported me back to the days when we were still dating. When we would have spontaneous lunches or coffee in Greenhills area where he used to work or in Katipunan during my break time. When we would talk about anything and everything under the sun. I had a nostalgic feeling reminiscent of those days. It was one of those. A sweet escape.

I liked the fact how he would still research something new we could try and he would take me out to surprise dates. Even if he doesn’t have to impress me since I’ve been with him almost 24/7, he still goes out of his way to whisk me off to impromptu dates. It doesn’t have to take the whole day. Just a few minutes of his time communicates that he values spending time with me. Though he wasn’t feeling 100% yet, his gesture spoke volumes.

I thank God for Jason who continues to find ways to keep the romance alive that when we get caught up in the humdrum of life, there are these moments that liven it up.

Monte Cafe is a place that we would love to visit again should we have an agenda in Antipolo. They serve a selection of sweet and savory dishes and they have great coffee too (being the coffee drinker that I am). But at that moment it wasn’t just any cafe, it became that sweet escape for me. It was an experience that was more than just coffee. 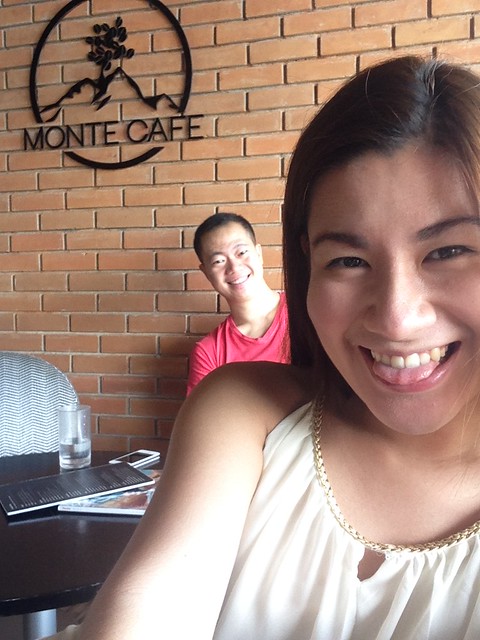 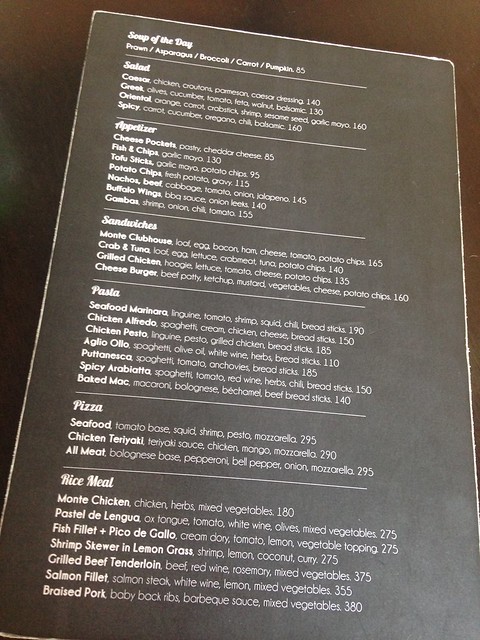 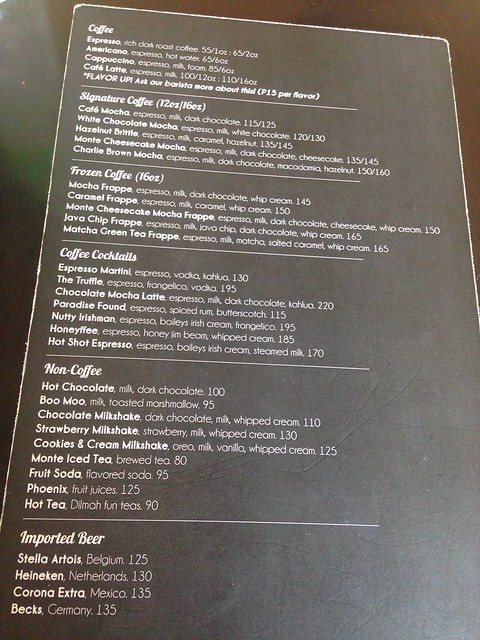