“Why don’t I learn my lesson?” This was the thought running on my mind as we went swimming in Coral Beach Club in Batangas just last January.

At about the same time last year, we went swimming in Canyon Cove in Batangas. I remember freezing to the core then and struggling to swim in the chilly weather.

Somehow there was some improvement as this year I brought a cardigan with me. But as if I could swim in my cardigan! 🙁

When I saw Jason wearing his rash guard and un-bothered by the teeth-chattering breeze, enjoying the chilly pool and the sun, I suddenly wished that I got that Zalora rash guard which I saw online.

But then it was too late as I brought my two piece with me and I couldn’t swim comfortably.

[To my future self who may or may not go swimming in January 2016, please get a rash guard and bring a cardigan.]

Yes there I was barely moving

Batangas is our default place when we would like to go swimming, maybe because it is only 3 hours away from Metro Manila. We discovered Coral Beach Club in Tripadvisor.com.ph and so far the reviews were positive, so we decided to see for ourselves.

It was relatively easy to find as we took the Tagaytay-Nasugbu Highway, turned left in Lian Road, turned right in Matabungkay and turned right again. Coral Beach Club was to our left. I already made a reservation (no down payment required) so we could secure a place to stay.

Upon arriving, we checked the Premier room which I originally booked. Premier rooms were a distance from the pool and beach compared to the Superior Room that had a closer access to the facilities. There wasn’t much difference from Premier and Superior except for the distance from the facilities and Premier was insignificantly smaller. Since Superior room was just Php 200 more, we upgraded to that.

We got the room on the second floor as it was the only room left. It was nice and clean and had a summer-y feel. 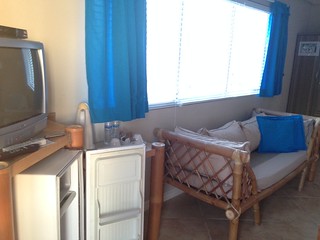 Off we went to explore the area. I think this is one of the nice resorts in Matabungkay beach. 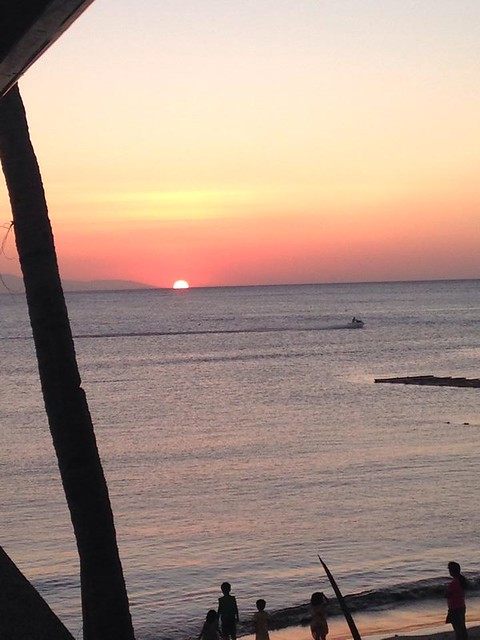 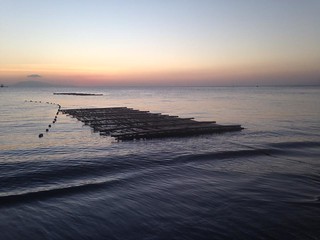 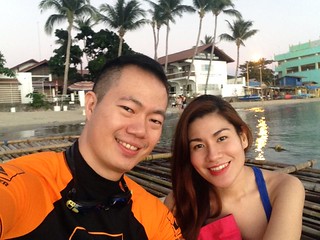 The people by the beach were offering dinner over a floating bamboo raft but we found it quite expensive. 1000 for the usage of the raft + Php+++ for a seafood dinner to which we said…  well it’s an experience but we’ll pass on that.

Instead we had dinner at their restaurant. 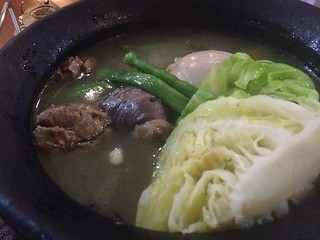 We were at first hesitant to get their Bulalo because it was pricey and we aren’t sure if the beef would be tender. But we took the risk and surprisingly, their bulalo was super worth it! The beef was very soft to the bite. We were so full afterwards consuming this dish good for 3-4.

I still had room for dessert so though I don’t eat ice cream as much (lately), for some reason I found it inviting. 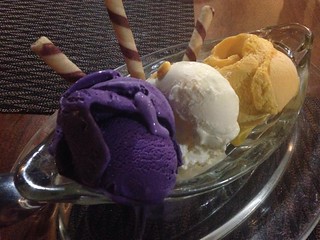 The room rate was inclusive of floaters, activities and such. We tried their tandem bike. 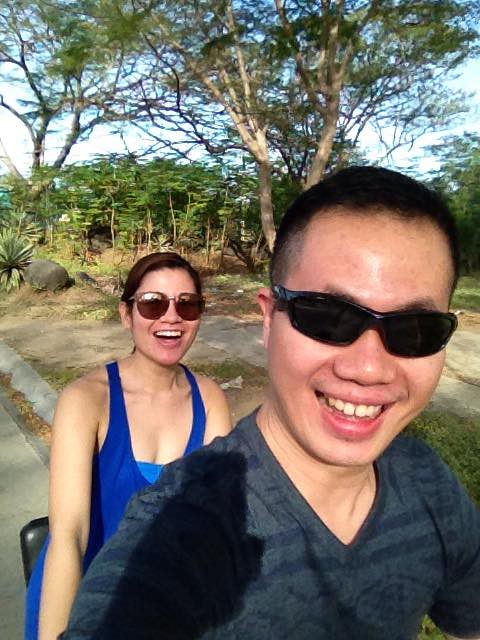 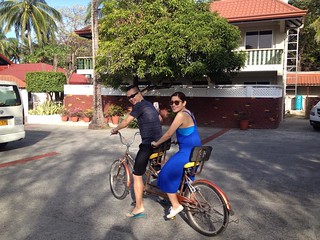 It was so much fun for the most part! We had a trail and we biked inside a village / subdivision. We pedaled uphill and when we felt it was time to go back we turned the bike around and rode downhill… FAST. The bad news was. The brake wasn’t working!! I really thought we were going to crash. Good thing there weren’t any cars around and as we rode through the main road, the bike finally slowed down.

It was a first and it was a crazy adventure as I held on to dear life.

Overall Coral Beach Club was a nice place, maybe a 7 out of 10. The area was quite small and I’d say I prefer their pool than their beach. But if you just want to unwind without the stress of a long drive, this place is worth a try.