Once upon a Sunday, Jason and his wife decided to have bites after bites of breakfast pancakes. As they stumbled upon a place called Maple, they were swept away in a fairytale. With a storybook for a menu, seats that were plush in appearance, bottles of syrup that covered the walls and an enchanting tree that lit up the place.

It seemed that they were in for a wonderful afternoon of stories and sweets.

Soon they took their pick of what would satisfy their taste. As they were reveling in this surreal surrounding, they were given each a treat of maple glazed rolls and some butter. 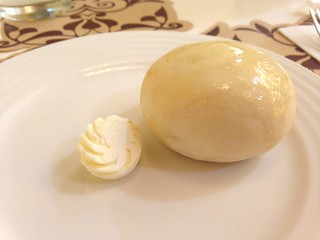 What a treat it was! They could almost smell the soft, buttery pancakes.

Then their choice refreshment arrived – a swirl of Iced Coffee (Php 165) to perk up their mood. The bitterness of coffee was hardly recognizable. It was dreamy and enjoyable with its sweet flavor and whipped cream. 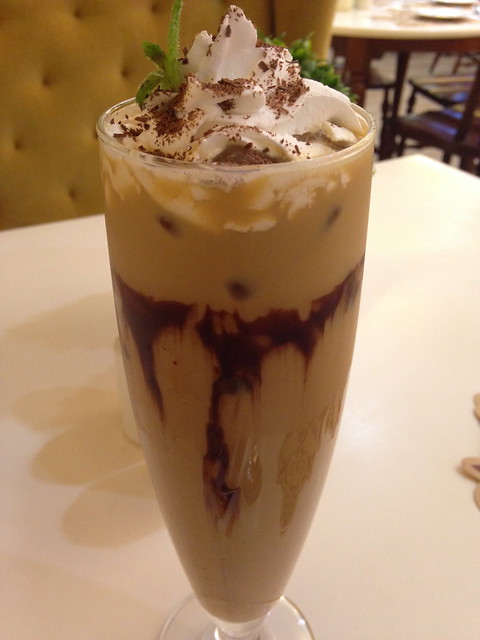 While they desired for sweets, one dish couldn’t escape their eyes. Their mouth watered with the appetizing Spaetzle Jambalaya (Php 390). 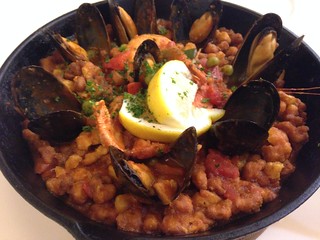 It was fresh Spaetzle pasta with special Jambalaya sauce topped with shrimp and Chilean mussels. “What an interesting taste!” said Jason’s wife as she served herself heaps of this spice-laden dish. Jason also took his share but really, this small plate had more to it than meets the eye! They remembered to bring in 1 or 2 friends on their return to share this generous dish.

Then they caught a whiff of their most anticipated Swiss Chocolate pancakes (Php 360). 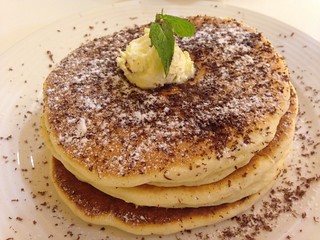 What is a pancake without the luscious Maple syrup?

It was what they imagined it to be – soft and buttery and it filled the tummy. The dark chocolate was a nice flavor that complemented the sweet syrup.

Both dishes they were glad to share as one dish for one person was too much flavor for a lad like him or a lady like her.

As syrup soaked their pancakes and as the Jambalaya spices seeped in their pasta, they too were absorbed in the enchantment of the place and their delight for good coffee, food and a rich exchange of experiences and their heart’s desires. 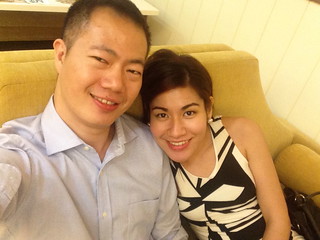 Was it the place? or was it the magic of their pancakes?

All they know is that once upon a Sunday, delightful chatter filled the place… and love filled the sky.