Between the two of us, Jason was more excited to visit Japan. But after our 7 day trip I understood why most people love this country.

Some enjoy the food, the environment, the weather, the people, and the culture. As one PR writer put it, it is where tradition and the modern meet. Like most tourists, I loved all these things about Japan! The convenience, the easy navigation to places (there were lots of trains), and their knack for excellence and attention to detail. But one thing that I appreciated the most was the honesty and the discipline of the Japanese.

Between the two of us, Jason is more organized and he rarely loses his things. But in this particular trip, it was a different story.

We went to a lot of places on Day 3. But we particularly stayed for a while at Ogimachi station in Osaka since this was the agreed meeting place of the group. That was around 2pm. After which, we proceeded to Don Quijote (a tax free shop) in Dotonbori. A few hours had already passed as all of us hunted for good finds in this 6-floor building. Soon, it was time to pay (we really just bought snacks). Around 6pm, Jason reached for his wallet in his back pocket and lo and behold, it was gone! Someone could have gotten it or he must have left it. But the bottom-line was, he lost it!

But I praise God for Jason’s reaction because he didn’t lose it. We dropped all our stuff on the floor and searched for the wallet – it might be buried somewhere in our shopping basket. It wasn’t there! So back to the shelves some of the items went because we might not be able to pay for it.

Jason went back to the toilet to check if he dropped it there. It wasn’t there. We talked to a staff in Don Quijote and asked for help. They made some phone calls but sadly no one turned it in. I was hopeful but I still grounded in reality that it would be unlikely we find it. Don Quijote is a (major) shopping place because it’s tax free and a lot of tourists were there. If any tourist were to find it, we doubt we would still get it back. It was just Day 3 of our stay and the only money we had was the one in my wallet. We would just have to split it and convert some of my pesos so we can survive days 4-7. Goodbye to our food trip objective in Osaka.

We decided to go to the nearest Koban or police station to report Jason’s wallet. I silently prayed that we would find it. As I prayed, for some reason, peace and hope sunk in. I was even able to take photos. :p (that was how relaxed we were) 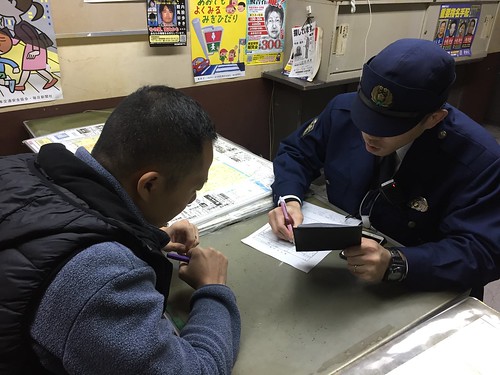 Surprisingly too, Jason was unusually calm. It was my first time to see him stress-free :p

The police were very kind! They helped us – asking us where we stayed, filing some reports and finally they told us they’ll try to find it and they would give us a call within 24-48 hours. Wow.

I hoped we just really lost it and that it wasn’t stolen.

Jason had a hunch that we could have left it at the train station where we hung out for a while. So together we went to the nearest train station, I believe it was Namba. While walking I remember us talking, “it’s okay if we don’t find it, God is in control”. But at the same time we were also excited on how God will orchestrate these events.

We were so joyful of how this impossibility happened. How unlikely that Jason could lose it. Imagine if you lost your wallet for a few hours already not to mention in a foreign country where there were a lot of tourists.

We claimed it from the train master at Ogimachi station and he asked us to check the contents. Everything was still there, the money and the card. We were so happy and grateful to God and of course the train masters, the kind person who turned it over, the police, and Gerald our new friend who helped us navigate going to that station.

Truly God is in control. Whether or not we find it. When we talked about it after the incident, Jason told me that prior to that he was battling some control issues over things. He felt he was still trying to take control – he becomes upset if things don’t go as planned. But who can really be in total control of everything? Of the things happening? We cannot be in control of these but we can only control how we respond. 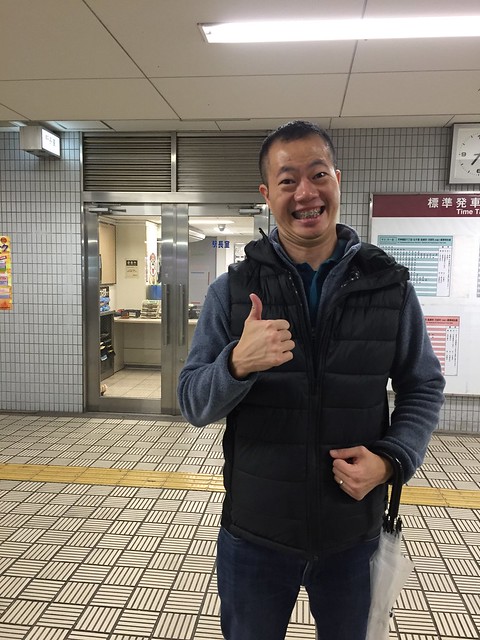 I really praise God for how Jason handled the situation. If it happened before, I really think he would be so upset over it. But I believe God was teaching us something.

True that we really like Japan, the culture, the people – the discipline. But more than that it was a faith issue to us both. I really praise God for this moment and time and again He has showed us that He can be trusted and He is faithful.

And yes there may be a chance to find your lost valuable in Japan. But who knows and who can really tell? 🙂 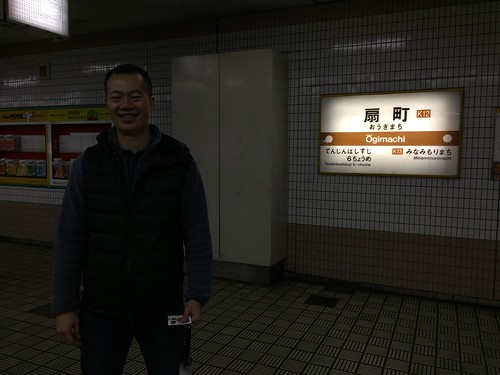