would describe our experience in this short and sweet trip to Bataan with my relatives from the US (our godparents and my cousin Katrina) and my balikbayan cousin, Ate Len from Dubai. For our summer and family bonding, we decided to go on a trip to this place just 3 hours away from the city. It was a place where hopefully our cousin will get in touch with her Filipino roots + enjoy the beaches nearby too! 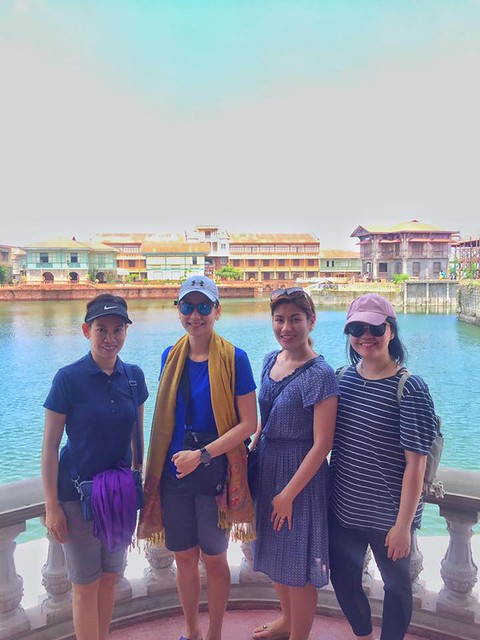 From the main road in Bagac, we had to turn left to Las Casas. The roads weren’t developed yet so it was a bumpy ride going to the entrance. There were flowers lining the path so though it was a bit uncomfortable, we got distracted by the wonderful view.

There was a parking space allotted for the guests and we just had to walk going to the registration at Casa Alcuaz. Of course everyone was in character and in line with the theme. They were all in Filipiniana / traditional Filipino wear. It was so nostalgic I felt like I was a character in Rizal’s Noli Me Tangere. 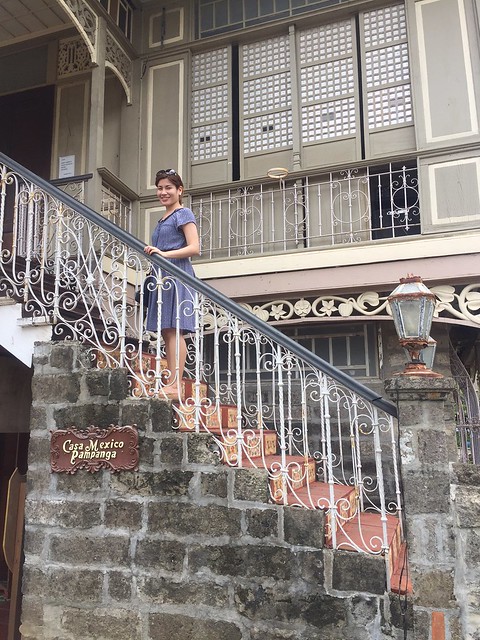 We had two options:

We decided to go with Option 2. But I would recommend to just go for Option 1. :p

We had lunch first at Hotel de Oriente before going on the tour which would last about an hour. I wasn’t able to take a photo of the buffet table because it wasn’t that exciting ;p and it wasn’t worth the 600 really…. They had about 3 or 4 dishes of Filipino food (and it’s not even Kare-kare :p) and 3 desserts (2 cakes and buko pandan). The corrective in me is saying Not sulit! It would be better to just order food that you would like and it would just cost maybe 300 already with rice as I’ve seen in other blogs! 🙂

The places were all within walking distance but you also had a choice to take a free ride going to the different houses. There was a train and there were some in-house jeepneys that would pass by every so often to take you to your preferred destination.

After our lunch, we went to Casa Mexico where the walking tour would start. We were a family of 8 and there was a couple who also joined us. Daddy Darling decided that we use a golf cart in our tour which was great because we would have shade in case it rains. It was overcast that day. 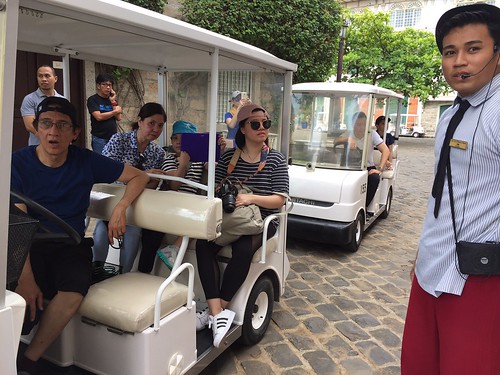 The first one we saw was Casa Byzantina. It was a huge and sturdy house built to protect its inhabitants from the earthquake. Instituto de Manila also used to rent this place but in the year 2000 or so, there were some informal settlers who occupied the house until Las Casas took over and relocated it to Bagac. 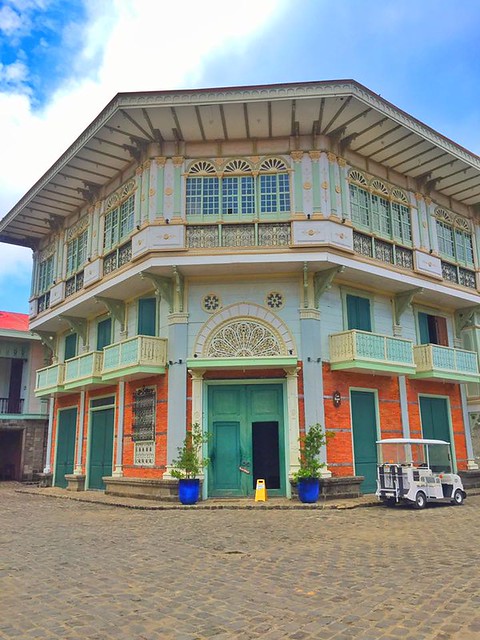 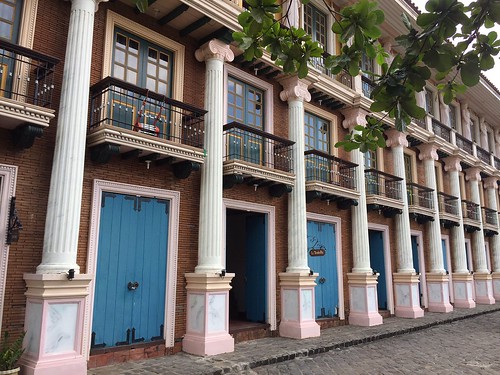 This house took me back to Europe and no wonder! I found out that houses were designed by Spanish architects then.

After which, we saw the typical houses in Cagayan province which were built on stilts since it was beside the shoreline. 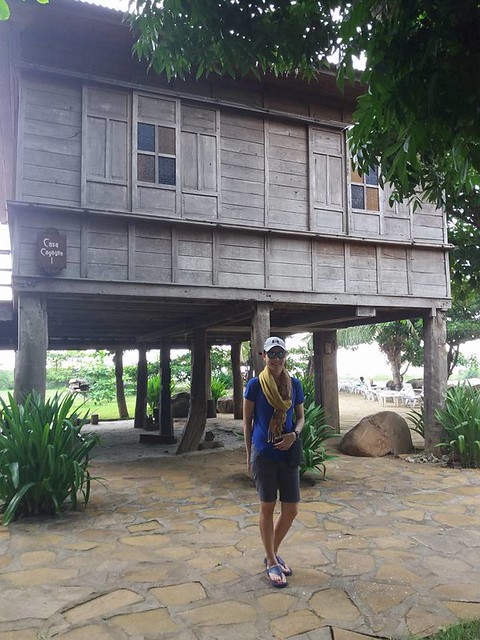 The first house we went into was Casa Luna built in 1850. I wondered if it belonged to the Luna’s we all know but discovered later they were just named in honor of them. I couldn’t articulate how it felt like. It was a mix of fascination and yet eeriness to be in an old house that had so many stories to tell. Most houses in those period had this passage / walk way for their “servants” during those times. They weren’t allowed to be seen and they could not occupy the main rooms in the household but were confined to walk in the corners of the house. In Filipino language and history they were called “alipin sa gigilid” because they had to walk “sa gilid.” It was interesting yet it was also disturbing to see this. 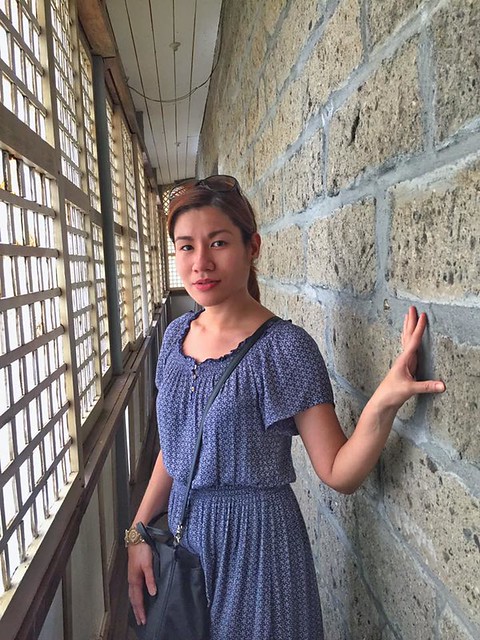 The walk way was small and could only fit one person. We had to walk in a single file. 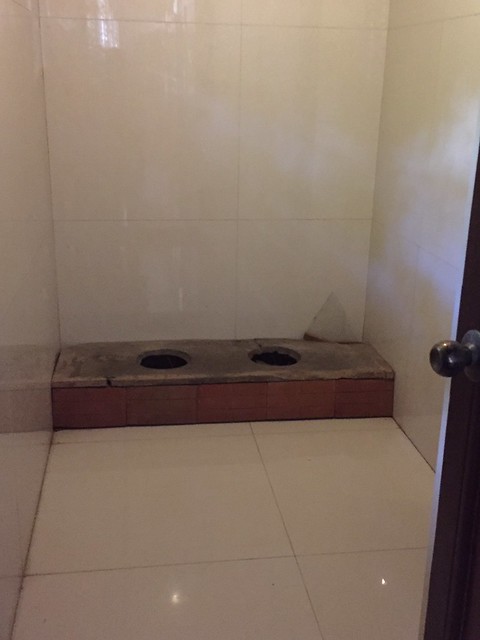 Another interesting story was the toilet tale. It sounds so similar if you think about how we would go about it these days. Women in general then as they are now would go to the toilet in two’s or in groups and they would do some small talk or even catch up! During those times, it was the same. But looking at their toilet…. errrrr. No privacy!! Yes it was that way. Other stories I would just leave to your tour guide. 🙂 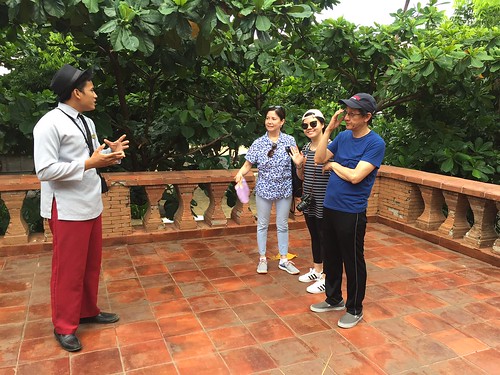 Casa Hidalgo / Casa Quiapo was where the local television series Zorro was shot. It was built in 1867 and was considered the most elegant in the entire country back then. This mansion was used as the first campus of UP School of Fine Arts until 1926. 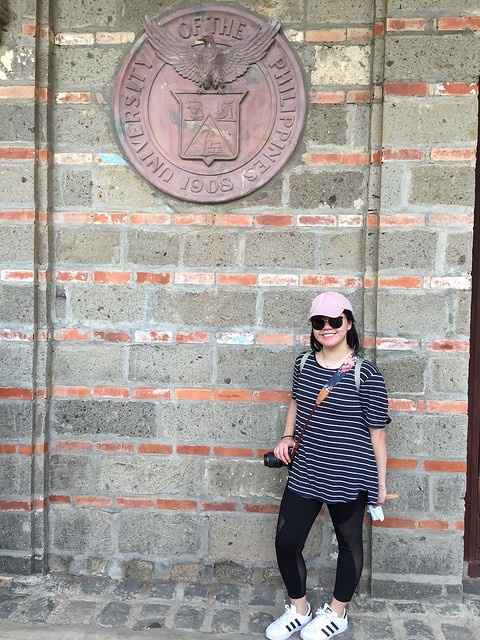 Since then it has been used for other purposes and went into decay until it was rescued and repurposed here in Las Casas for the Filipino’s appreciation of the olden days. 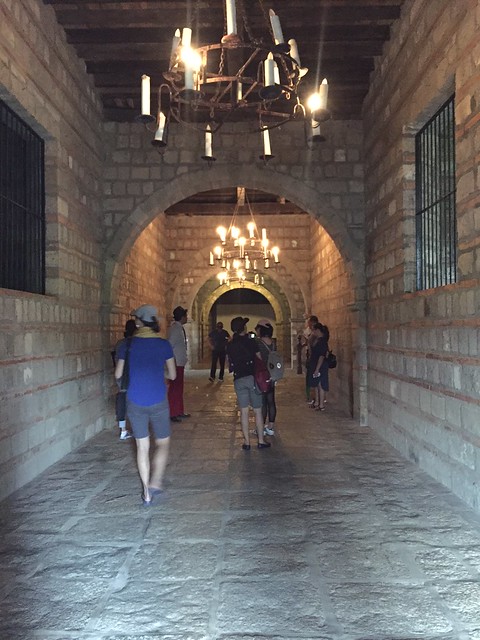 Casa Quiapo had a long driveway for their horse-drawn carriages and the tour guide said that the riders of the carriages were delivered right next to their doorstep. In other words, they were so pampered they didn’t walk in the driveway as you see us do in the above picture.

Casa Binan was the last house we went into. For stories of this place, I would prefer to leave to your tour guide as it involves unconfirmed snippets of the life of our national hero Jose Rizal and his family line. It involves his mother Teodora Alonzo and some other family secrets.

What I would like to share though was this was the location of the last scene of the movie, Heneral Luna where he was attacked in the open space by Ketchup, the actor. O_o This was just a depiction of what possibly happened during that fateful day but no one really knows what actually transpired? 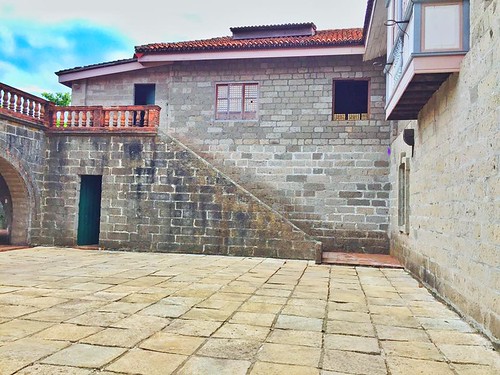 For the last part of the tour, we proceeded to Casa Lubao where there was a short roleplay of the history of this house. It was a good ending to some quite interesting stories of the other houses. In this house lived a good and gracious couple with their family. They took in a Japanese man who offered to work for them. Until one day, when the Japanese occupied the Philippines, the couple was seized and their Japanese friend, who was a spy apparently, defended them and asked his comrades to spare their lives because of their kindness towards him. It left us with the thought that kindness goes a long way. 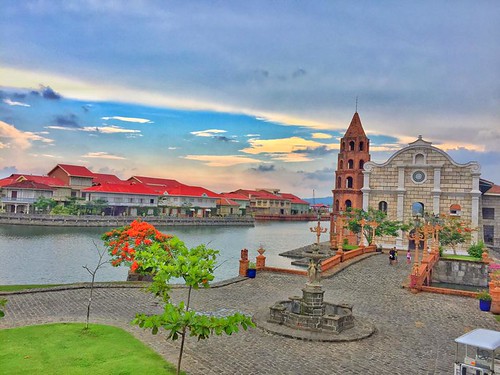 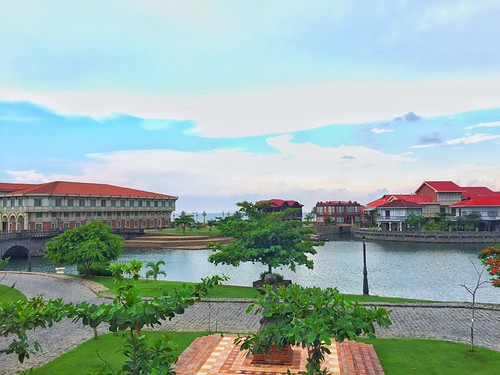 The place had so many amazing views and some houses had very intricate details that will leave you dumbfounded and transported back in time. There were also old household equipments that were preserved and it made me appreciate how things are a lot easier these days because of technology. I kind of developed a liking to antiques because of this blast from the past experience. 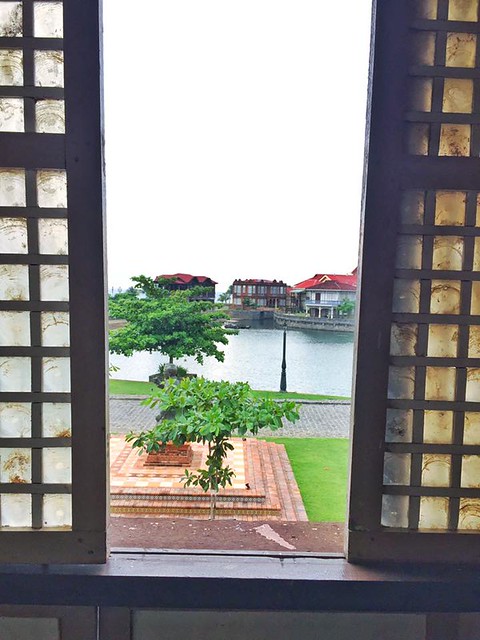 Soon our tour was over and there were still many stories left untold and houses to be explored. We just had a peek of the rich history of the Philippines and we could only glance back at the past and appreciate our present for what has been fought for and done then.

We were glad to have toured this place. 🙂

It was the Filipinos’ homes many years ago – in one way or another. There was love that was timeless, and the family bonding of journeying to the past was meaningful. Because in some ways, it is a part of us and we were there to experience these rare moments together. 🙂