It was our second time at Bataan White Coral Beach Resort, the first one was last May 2017 when my relatives from the States visited. The next one was just last August 2017.

It was located in Morong and I think it was the farthest town in Bataan. It was easy to find in Waze however you have to keep your eyes open because there were about 2 resorts next to it and you might miss it. 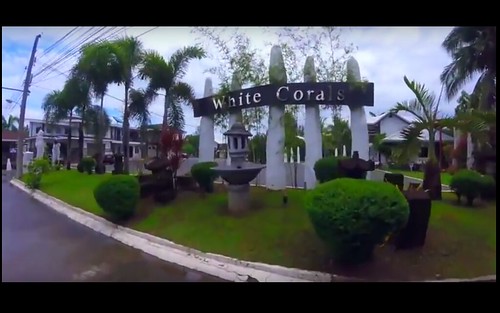 The first time that we went there we stayed in the villa by the beachfront good for 9pax. (sorry wasn’t able to take photos) What I noticed immediately was that the toilet was leaking… Oh well. Breakfast also was not included since they said that we could bring our own food and they won’t charge us for that. I didn’t quite get that “corkage” policy since technically we can bring anything in even if we stayed in a deluxe room.

Plus we just had 1 bathroom and the toilet was leaking…  Our relatives paid around 16K ++ and we had to add extra beds because the double deckers were small and we found it a bit weak.. If we really occupied the top bunk with 2 pax I imagined it collapsing.. If kids were occupying it, it would probably do. But we were all grown and healthy adults. It was kind of deceiving because they said it was good for 9 number of people but it was so tight and cramped.. sad. 🙁

I really don’t find it worth it and good value for money but at least we were all together which was the objective. 🙂

We just used the showers outside to take a bath to be quick. Good thing there were around 3 sets of shower areas. The upside is that the staff was accommodating and allowed us for late check out. 🙂

Fast forward a few months later, our friends decided to go to the same place…. 🙂

This time we occupied a deluxe room good for 4 pax (Tyang 1) and 6 pax (Tyang 2). For the ladies, our toilet was again… leaking. And when we decided to rearrange the beds to accommodate the extra mats, surprise we found clumps of dirt under the beds… :p

Anyway they allowed us to move to the room next to it where the toilet was fixed. 🙂

What I enjoyed about the place was the beach actually. The sand was soft to our toes though grayish. The shoreline was also long so we could already swim farther and it was still up to our chests.

There were times when garbage would float beside us though 🙁 sad! 🙁 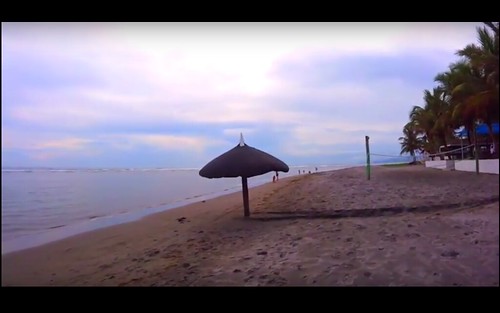 For the activities, they are offering the banana boat and snorkeling. 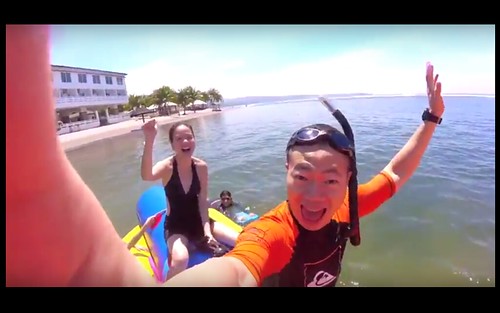 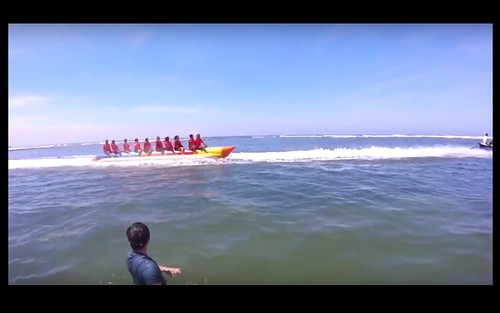 There were two pools here, the first one is the regular pool, parts of it were about 2 feet deep and then it would suddenly be 6 feet deep… insert shocked face here! 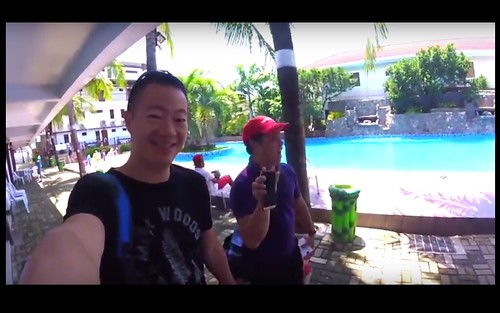 The second one was unique as it was saltwater pool. I wonder how they did it. 🙂 Both pools had a shallow part but then it would go deep. I preferred the beach since I wasn’t a good swimmer,  I would drown in both pools if I dared go far 😛 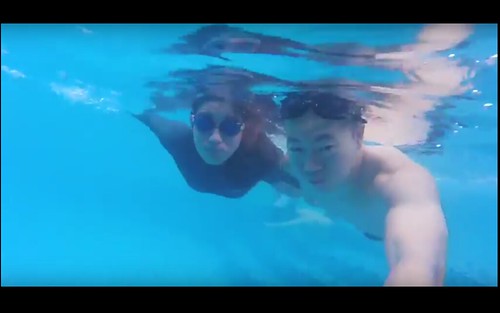 For me this was probably one of the better parts of the resort.. I was so glad the food was okay because the next restaurant would be towns away! Well there was this small eatery nearby. Some isolated resorts tend to not have good food and tend to be pricey because the guests would have no choice. But I’m really happy because the food was great. 🙂 What I enjoyed here was their kare-kare and bangus sisig. Yum… each meal would probably cost around 200 – 300 / head pero busog na busog ka na nun, especially since you are eating with the group (family / friends) 🙂

For breakfast since this time it was included in the rooms, we had a choice of longganisa, tocino and bangus. It was okay and a typical Filipino breakfast.

All in all as we’ve mentioned in the previous blog… it’s really about the company of the people you’re with. But just to manage expectations this was what we encountered in both our stays here. 🙂

For a quick out of town trip around 3 hours from the metro, if you want to just relax and unwind you can try staying in this place. 🙂

Other things to do in Bataan– Las Casas