I’ve made up my mind that when I have a child, I would like to breastfeed him/her exclusively… It was probably me and my idealistic self thinking about the beautiful bonding between mother and child. I’ve asked a few friends and so far I haven’t heard any negative reactions about it except that latching could be painful as I’ve witnessed, so I need to have cream on hand.

I thought that since it is a natural thing, it should be easy right?? WRONG! Maybe it is easy for some people but it isn’t for me.

Greyson and I had to stay at the hospital for 7 days due to presumed sepsis since my water broke 28 hours before they decided that I undergo CS. Staying there for 7 days was a blessing in disguise because it gave us lots of help and assistance to facilitate breastfeeding for us both.

Much to my dismay, we weren’t able to latch immediately following the delivery because he was whisked away to the IMCU. Though I was disappointed, I was also thankful since this gave me 1 full day to rest and recover a bit from my CS. I wanted us to latch ASAP because I fear that I wouldn’t be able to produce milk and breastfeed him if we didn’t latch.

On June 9 a day after his birth, I walked to the IMCU and we did the KMC at first. They were cup feeding him pasteurized milk so baby was amply fed. We tried to latch but unfortunately for us, he could not! He kept rooting and could not latch until he got frustrated and he kept crying and crying for around 30 minutes! Greyson’s nurse tried to help us. I was also panicking and sweating a lot until finally baby was able to and it hurt so much – mas masakit pa sa broken heart! He fell asleep after on my chest which was his burping position, and the nurse got him from me after our cuddles and transferred him back to what looked like an incubator.  I was instructed to pump and when I did, it was just AIR. Nothing came out day 1 and day 2. As I went back to my room I had to heal my breasts. It was so painful. I’m thankful to my aunt in the US who gave me all sorts of breastfeeding aid from Medela which are the cream, shield, even the cold compress to name just a few. It all came in handy in this breastfeeding journey especially the first few weeks.

Newborns needed to feed every 2-3 hours so I had to be at the IMCU every feeding schedule or else they would give him pasteurized milk. When he starts to try to latch at 3AM, he will be able to latch by around 4AM then he will be done by almost 5AM, then I had to be back by 6AM. But considering our latching issues I had to be there earlier which is around 5:30AM. It was so exhausting and I knew it was also for him as he would cry of frustration and hunger, but I was decided to breastfeed him. We were monitored closely too if he could latch and that he would get milk. Formula milk is not allowed now at the hospitals and they would give the babies pasteurized milk – which is very scarce and babies at the NICU are priority. Every time we would try to latch it would take him around 30 minutes to an hour and he would cry and cry and cry. I would tell him “it’s okay, we can do this,”. I would pray every time we go there and every time I would be on the verge of giving up, he would be able to latch. 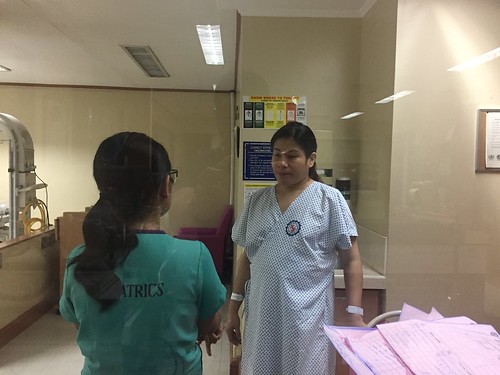 On Day 3 early morning I felt so feverish that I beeped the nurse’s station to check my temperature. It was normal at 37 degrees. Little did I know that my milk was coming in! All those efforts and despite the missed breastfeeding schedules! I found this out through the nursing aid. I was alone in the hospital room during that time and I was telling the nursing aid that baby and I had trouble latching and I’m not even sure if there’s milk. She asked me if she can assist me and she was able to extract clear fluid and told me, this is your milk. I felt like flying! I was so happy.. it may mean that despite the problematic latching, my baby was able to suck correctly and extract some milk from me. This energized me to feed my baby during the next schedule.

Around this time though when the resident doctor checked my Tegaderm bandage which covered my CS cut, we found it soaked. They changed it but later that day it was soaked again that it stained even my hospital gown. As time progressed, my bandage had to be changed twice a day as it kept soaking my clothes and hospital gown. I was diagnosed to have Seroma which leaked yellowish to pinkish fluids. It wasn’t an infection and it was nobody’s fault. It happens during CS but very rarely, so rare that I don’t personally know anyone who had this and I could not ask for any other opinion. Whenever I would exert effort, I would find more fluids leaking. As per the doctor it would heal on its own (time was indefinite) and I needed to strengthen my immune system which was difficult since we were raising a newborn – meaning sleepless nights.

There were so many things that weighed me down after my delivery – baby’s condition if he had infections, our breastfeeding struggle (would he be able to eat, would he thrive?), not to mention the pressure of breastfeeding at the hospitals now, my wound, the many expressed apprehensions in breastfeeding in our environment, the pain of CS, the lack of sleep, and the post partum edema. I was on the verge of a meltdown. I wouldn’t mind breastfeeding him since I wanted to anyway, but the pressure to do it and even not to do it was tugging me on opposite sides. 2 days after we were sent home, we had to be admitted again because baby had a fever and he could have an infection that was just delayed. We were at our wits’ end. We were confined for another 4 days for possible infection and jaundice. I was convinced that if I were only myself like I was physically strong, I would be able to endure this. I remember working out a lot physically to prepare myself for the pain of delivery and post partum. But it sure wasn’t enough, it wasn’t even needed! It was a humbling experience. This seroma was such a thorn in my flesh and the unexpected confinement again was really disheartening.

When I finally had the chance to have my devotion, it was so timely. Quoting from the parenting devotional

“Remember, you are never confined to your present situation. Trust God to lift you to a higher place and give you His eternal perspective”

Psalm 61:2 From the ends of the earth, I call to you, I call as my heart grows faint; lead me to the rock that is higher than I.

Reading this led me to tears because it resonated with how I felt. It also reminded me that there is something eternal in that present struggle. I felt encouraged and wrapped in His embrace. I praise God for these challenges because it has made me tougher and opened my eyes to His sustenance and His presence in our situation. I also realized that in my physical weakness and the thorn in my flesh, God is really my strength. It was not about me preparing for this physically, but it is about who God is. In my weakness, He is strong.

During those 4 days of confinement again, we were sent an angel through Ms. Sherille Santos who is also a follower of Christ. She visited us twice just to help me and baby latch. I remember when we had the correct latch I was able to fall asleep for an hour because it was so relaxing for both me and baby. We are very thankful to her, as well as friends – the Santos’ and Disciples’ who visited us again. 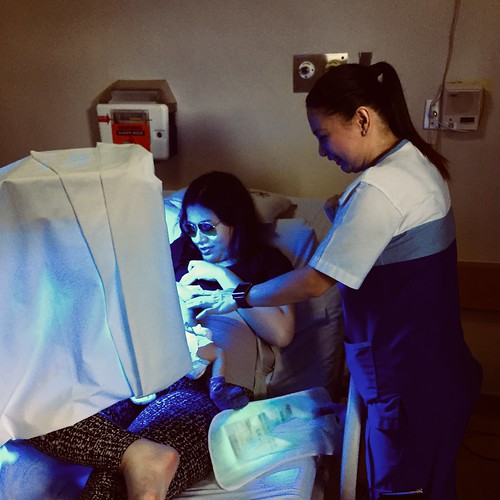 (Breastfeeding under phototherapy for jaundice with Ms. Sherille Santos)

Sharing with you the struggles and victories of my breastfeeding journey (so far) and hoping that this would encourage you somehow should you decide to embark on this. 🙂

5 months running and so far there are still times I would find it a struggle but I would like it to be a commitment to breastfeed at least 6 months and then more (if I can). Breastfeeding has taught me to embrace my role as a mother – this is just me. It has tied me down and allowed me to get to know my baby. I am positive that had we had not embarked on this journey, I would instantly go back to work since I could entrust his feeding to someone else. But since I am his source of food, we are together 24/7. In the process, I am able to get to know him more. This is the season I understood what it means to die to myself everyday. When I feel like sleeping in, I remember that I have to feed my child and I wake up (sorry to my husband :z, when it was just the two of us, I still could) since he depends on me solely in this breastfeeding path we’ve chosen. I am grateful for my husband that he provides for us that my work as financial consultant becomes enjoyable and just has a minor contribution to our income.

When baby first latched I remember crying because I was so emotional with the encounter. I was crying here and there because I knew that this beautiful bonding in breastfeeding would one day end. My baby in my arms who would look up at me and smile would soon be a grown boy who would choose to run and play outside. Often, when he would get cranky or insecure about a new place, he would hide and nurse. In a few years, finding comfort with me would just be a distant memory. He would be independent and he would need to face the world. I am sure going to miss all these when this journey ends. But while we are here, I thank God for giving me this body to nurture my child and the privilege to enjoy this fleeting moment while it lasts. <3 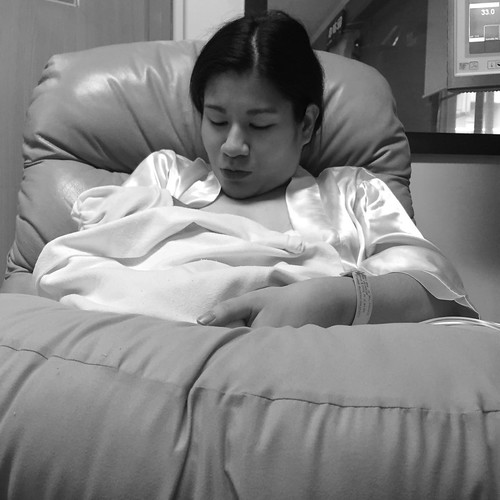 Websites / FB groups that have helped me: